Did you come up with the idea for the Emerald City Dreamer or the entire series first?

I came up with both at the same time.

Did any specific fae novels or lore influence the Dreams by Streetlight world?

Yes.  My primary influence was a role playing game called Changeling: The Dreaming.  I changed quite a bit about the world and the magic system.  I also did a lot of research into European fairy lore and tried to make my world comply with the commonalities in those stories.  Two specific stories inspired characters in Emerald City Dreamer: One about a farmer whose cows are drained of life, and a Norwegian tale about a troll who builds a cathedral.

Which character was your favorite to write?

Ezra, a teenage boy growing up in a cult, who doesn’t know he’s a troll.  He was supposed to be a side character, but he quickly took on a life of his own.

If Emerald City Dreamer became a movie, who would you cast for Jina, Sandy, Ezra, and Jett?

Chace Crawford’s feral look would make a good Ezra, but he’s getting a bit too old to play a conflicted teen, so I’d dig through casting photes to find someone like him. 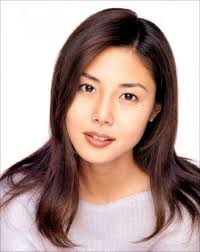 Jett would be a difficult role to fill, given her other-worldliness.  Aside from having elfin features, she is half-Japanese, half-Irish.  Matsushima Nanako or Yuko Takeuchi might come close.

I love just about every type of music.  (I’m listening to classical piano on Spotify right now.)

What are you currently reading?

Lolita.  And some non-fiction books.  I keep my GoodReads list updated – feel free to check it out.

Aside from your characters, who is your favorite kick-ass heroine?

Meg Murry from A Wrinkle in Time.  Because she was the first kick-ass heroine I ever met, and she’s really smart.

What is your favorite vacation spot?

Belize.  I’ve only been once, because it is very, very far away, but I would go again.  Second-place is Leavenworth, Washington, a tourist town made up to look like a Bavarian village, complete with mountain goats, accordion music, and lederhosen.  My fiancé and I go there every year.

What do you like to do when you’re not writing?

I spend most of my free time playing video games.  But I also enjoy hiking, watching movies, and starting new hobbies.  And reading, of course.

If you could have any superpower, what would it be?

Easy.  I value truth more than anything, so I’d take the ability to tell fact from fiction.  I could tell when people are lying, and when history was written incorrectly.  Even if people believe the lies they tell, I’d be able to know it isn’t true.

Emerald City Dreamer is book one of the urban fantasy series, Dreams by Streetlight, set in Seattle.  Jina is a rock star and a faerie hunter, who users music as her weapon.  But she is a dreamer, so her music also attracts and feeds the fae.

As she finds herself falling in love with an elf, conflicts with Sandy escalate.

Enemies begin to gather, and Jina must make a choice between loyalty and what she believes.

Delve into this deeply developed, internally consistent world of the fae, and meet beings who are simultaneously alien, elegant, and terrifying, fueled by dreams and the creative energy of artists.  Glimpse the secret world of Tir Nan Og through the eyes of fully fledged four-dimensional characters living in a Seattle that is just a bit weirder than you think.

This is a story with psychological depth, a page-turner with unexpected twists and turns.

Buy it on Amazon.

Luna is an indie author located in Seattle, WA. Her first story (about a hippopotamus) crawled out of her head at the early age of 4. Her mom had to write it down for her. After running out of things to say about hippopotami, she switched genres to sci-fi, fantasy, and horror. During a ten-year break from fiction, she primarily wrote non-fiction and became an accidental expert on mind control, computers, and faeries.  After returning to fiction in 2010, she now publishes ebooks and seeks publication in short story markets.  She has written over thirty short stories and three novels.

Luna has generously provided a PDF copy of four of her fae short stories. Enter to win by using the Rafflecopter widget at this link. The giveaway ends on Friday, July 13th. Below is a video of Luna reading from one of the stories.