Professor Gargoyle is the debut book in a fun, new middle-grade series from Quirk. Tales from Lovecraft Middle School chronicles the odd, paranormal events at a brand-spanking new middle school through the eyes of Robert Arthur. The books all have a really cool cover that changes as you move it, so you see what the featured character looks like as a human and in its true form.

In Professor Gargoyle, Robert begins 7th grade at Lovecraft and knows absolutely no one–except for the bully that has been tormenting him for years. But there are other things going on that distract Robert from the impending beatings he will likely receive throughout the school year. First, there’s the stampede of rats down the hallway, then there’s his super odd Science teacher, Prof. Goyle. And don’t forget the library that you can get lost in–literally.

Charles Gilman does a great job of making this school believable and creepy. Robert starts the story as a very lonely boy; his mother is rarely around, there’ no dad in the picture, and all his friends go to a different middle school. You really feel for him and root for him in all the weird going-ons that take place. The settings jump from perfectly normal to scary as do some of the characters. You are given all the information you need about each character, but noting extra so you are left wanting to know more about all of Robert’s friends and enemies. While there were a few plot points that I found to be a little predictable (it is middle grade after all), the ending is a fabulous cliffhanger that sets up book #2 perfectly. 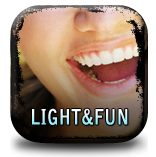 There are also quite a few illustrations by Eugene Smith, which help spell out some of the odder and creepier parts of story.

If you’re looking for a fun, quick read, Professor Gargoyle is it. It was an outstanding introduction to the Lovecraft series and I look forward to reading book 2.

Every volume in the Lovecraft Middle School series is fully illustrated and features an original lenticular portrait on the cover. Display them on bookshelves—and then watch the cover characters morph into monsters as you pass by!

In Professor Gargoyle, we’re introduced to 11-year-old Robert Arthur and the strange world of Lovecraft Middle School. It’s a brand-new state-of-the-art facility—so why do so many creepy things keep happening? Why is the science teacher acting so strangely? And where are all the rats coming from?

As Robert explores with his new friends Glenn and Carina, he discovers that the school may be a portal to another world.

Charles Gilman is an alias of Jason Rekulak, an editor who lives in Philadelphia with his wife and children. When he’s not dreaming up new tales of Lovecraft Middle School, he’s biking along the fetid banks of the Schuylkill River, in search of two-headed rats and horrific beasts.

Win a copy of Professor Gargoyle (you’ll LOVE the cover) by completing the tasks on this Rafflecopter. The giveaway is open to US residents only and it ends on December 23, 2012.