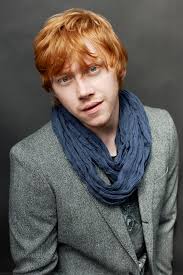 Rupert Grint, best known as Ron Weasley in the Harry Potter series, has been cast in CBS’s comedy, Super Clyde. According to The Hollywood Reporter, the show hasn’t been fully picked up yet, but if it is you will see Rupert Grint playing

the title role of Clyde, the well-meaning and sweet yet slightly neurotic guy who never feels like he really fits in. The avid comic book reader considers himself a borderline agoraphobic with mild to severe anxiety issues who wishes he were a super hero himself. When Clyde inherits a $100,000 a month inheritance from his long-dead eccentric Uncle Bill, he decides that the cash will be his secret super power and will use it only for good and reward the good-hearted.

The show was created by Greg Garcia, who also created Raising Hope, and will also star Tyler Labine as Clyde’s brother.