How I Create Sexy Scenes

by A. M. Hargrove

Okay, so I get this asked a lot in interviews and I decided to just dive in and do a guest post about this. One thing I absolutely refuse to reveal is *clears throat* whether or not these scenes are based on experience.

So, let’s backtrack a bit to when I wrote my first adult book, Dark Waltz. I’m a pretty fast writer and can put down about five thousand words a day if my concentration isn’t interrupted. So one morning I sat down, thinking that I’d knock this thing out in no time flat. Well, three hours later, I’m looking at one paragraph and scratching my head. It wasn’t writer’s block, it was write and delete… write and delete. This went on forever. Everything I typed just sounded awful. I mean dreadful. How could writing a sex scene be so hard? I mean I’d been reading them all the time, hadn’t I. And come on, let’s be honest here. Don’t we all just hang on the edge of our seats, waiting for that first touch, that first kiss and so on? I’d written the romance without the sex, why was this so darn difficult.

I got up and went for a jog. Then it all hit me. Oh my gosh, I’m being too mechanical about the whole thing. I was trying to describe every single thing… from where each strand of her hair was lying to what happened to the corner of the bed sheet. Well, who gives a damn about that? That’s not moving the scene forward at all. No wonder the scene was so stilted.

So I typed and let it flow, and decided not to read it at all until it was finished. Oh, it still stunk like crazy, but at least I was getting it. When it was all finished, it took me eight, yes eight hours to write that scene! I was exhausted by the time my hubs came home. Slap worn out. He thought I’d run a marathon or something.

So, now when I write one, I let it flow. I sort of have an idea of what type of scene it will be, but other than that, I just go with it. Then after the first draft is done, I immediately do back and start editing, making changes so it’s more realistic and natural.

Now, here comes the fun part. I always like to make sure things are possible, if not plausible. What I mean is if I come up with an idea that might fit into a scene, and I write it in and let’s say, they’re having sex hanging from the chandelier over the dining room table, well, darn it, I want to make sure that it’s a possibility to even do it that way. So, if that would be the setting, I would hop up on my chandelier, and see if it would work. I do this because I’ve read so many sex scenes in books and when I’m reading them, I’m saying to myself, “How is that even possible?” I want to make sure that doesn’t happen when someone reads my scenes. (No, I didn’t really hop up on the chandelier, but you get the idea here, lol.) And I can’t even tell you how many times my hubs has come home from work to find me upside down on the couch, trying to work through some crazy idea I had. He just thinks I’ve recently taken up pilates though. One of these days I’m going to get stuck doing something I shouldn’t have tried because my characters are much more flexible than I’ll ever be! O_O

So f you ever read about an author who crashed through the ceiling of her home while twisting around a fan blade, you’ll know exactly what happened. 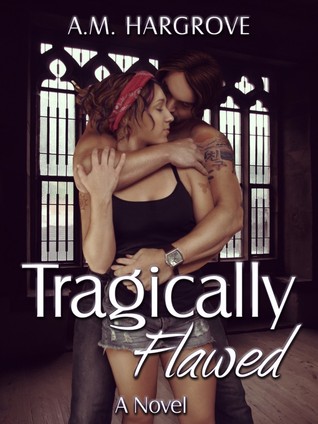 Riviera Benson’s past has been nothing but horrific. It’s filled with secrets that she intends to keep tightly locked away…terrifying secrets that keep her awake at night…that prevent her from getting close to anyone…anyone that is, until her work as a muralist drives her into the arms of the hot and sexy Shan.

Benjamin Shandon, owner of Shandon Homes, works like a thousand demons are chasing him…because perhaps they are. His business has boomed, ever since the forest fire swept through the canyon and destroyed hundreds of million dollar homes. He demands excellence in everything…from his employees to his women. He slows down for nothing, keeping a schedule that no sane person would want. But Riviera interrupts everything, twisting his guts inside out, and wedging her way into his heart, destroying a promise he made to himself.

Will they let their pasts control their future, or will they decide to let go and allow their hearts to discover each other’s?

One day, on her way home from work as a sales manager, A. M. Hargrove, realized her life was on fast forward and if she didn’t do something soon, it would quickly be too late to write that work of fiction she had been dreaming of her whole life.  So, she rolled down the passenger window of her fabulous (not) company car and tossed out her leather briefcase.  Luckily, the pedestrian in the direct line of fire was a dodge ball pro and had über quick reflexes enabling him to avoid getting bashed in the head.  Feeling a tad guilty about the near miss, A. M. made a speedy turn down a deserted side street before tossing her crummy, outdated piece-of-you-know-what laptop out the window.  She breathed a liberating sigh of relief, picked up her cell phone, called her boss and quit her job.  Grinning, she made another call to her hubs and told him of her new adventure (after making sure his heart was beating properly again).

So began A. M. Hargrove’s career as a YA/NA and Adult Romance writer. Her books include the following: Edge of Disaster, Shattered Edge and Kissing Fire (The Edge Series); The Guardians of Vesturon series (Survival, Resurrection, Determinant, reEmergent and Beginnings); Dark Waltz and Tragically Flawed.

Other than being in love with writing about being in love, she loves chocolate, ice cream and coffee and is positive they should be added as part of the USDA food groups.