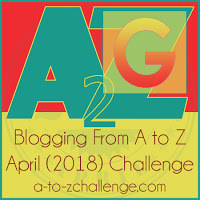 The name might be cumbersome, but The Guernsey Literary and Potato Peel Pie Society was an absolute delight!

Normally when I end up reading a book about World War 2, it either focuses on an army on the front or a concentration camp, so Guernsey was a breath of fresh air. This novel focuses on the German occupation of the island of Guernsey, which is part of Great Britain, but is actually in the Channel Island and is closer to France. Because the island was occupied, there are times when you are exposed to the darker aspects of the war and life for the islanders was certainly not what it was when they were completely free. But because they are able to have some freedom, and because they are not occupied while the story takes place, the general tone of the novel is light-hearted. It was a breath of fresh air for me as far as World War 2 novels go.

The main character is Juliet Ashton, a writer living in London. Her editor is one of her best friend, Sidney Sheldon, and there is regular correspondence between this pair and Sidney’s sister (and Juliet’s other best friend), Sophie. Juliet is between assignments when she receives a letter from Dawsey Adams, a resident of Guernsey. Dawsey has written Juliet because he has a book by author Charles Lamb with her name in it. None of the stores on Guernsey have any of Lamb’s work and, since Amazon has yet to be able to ship items to his house at a moment’s notice, Dawsey is hoping Juliet will be able to help him get more of Lamb’s work. They write back and forth as Juliet’s interest in the island and its residents grows.

A few women I have spoken with seemed to think of Dawsey as a handsome, romantic, rugged man. I kept picturing him as the guy who played the farmer in Pet Semetary (you know, the guy who played Herman Munster before this role). Sooooo, I did not find him as attractive as others. I think my interpretation is likely wrong, however, since the actor portraying Dawsey in the upcoming movie is quite good looking!

The book is written as a series of letters between the characters, which usually worked. There a couple of spots where I think a letter refers to a letter that may have been edited out, but I only assume that because of some small details. Nothing that you need to know for the plot is effected. The letters also help set the stage for a time when letters were one of the main forms of communication. No pulled out an iPhone to FaceTime with their friend in the next country, they wrote a letter and just waited for the person to respond.

I thought The Guernsey Literary and Potato Peel Pie Society was a fantastic read. It was light, fun (well not some of it, but in general, mainly because Juliet is fun), and it really sparked an interest in the island of Guernsey for me.

The book is being made into a movie, which is coming out on April 20th. Juliet is played by Lily James and there are quite a few former Downton Abbey cast members in the film. While I’m not too excited about some of the changes they have made to the cast and the story, I still can’t wait to see it. The trailer is below.