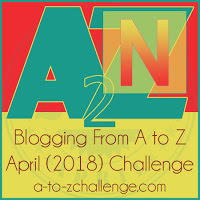 The third place I’ve to in Canada (after Niagra Falls and Halifax) is St. John in New Brunswick. Located on the Bay of Fundy, St. John has a pretty nice downtown and a large harbor. There are many historic brick buildings that are either very well kept or recently restored. 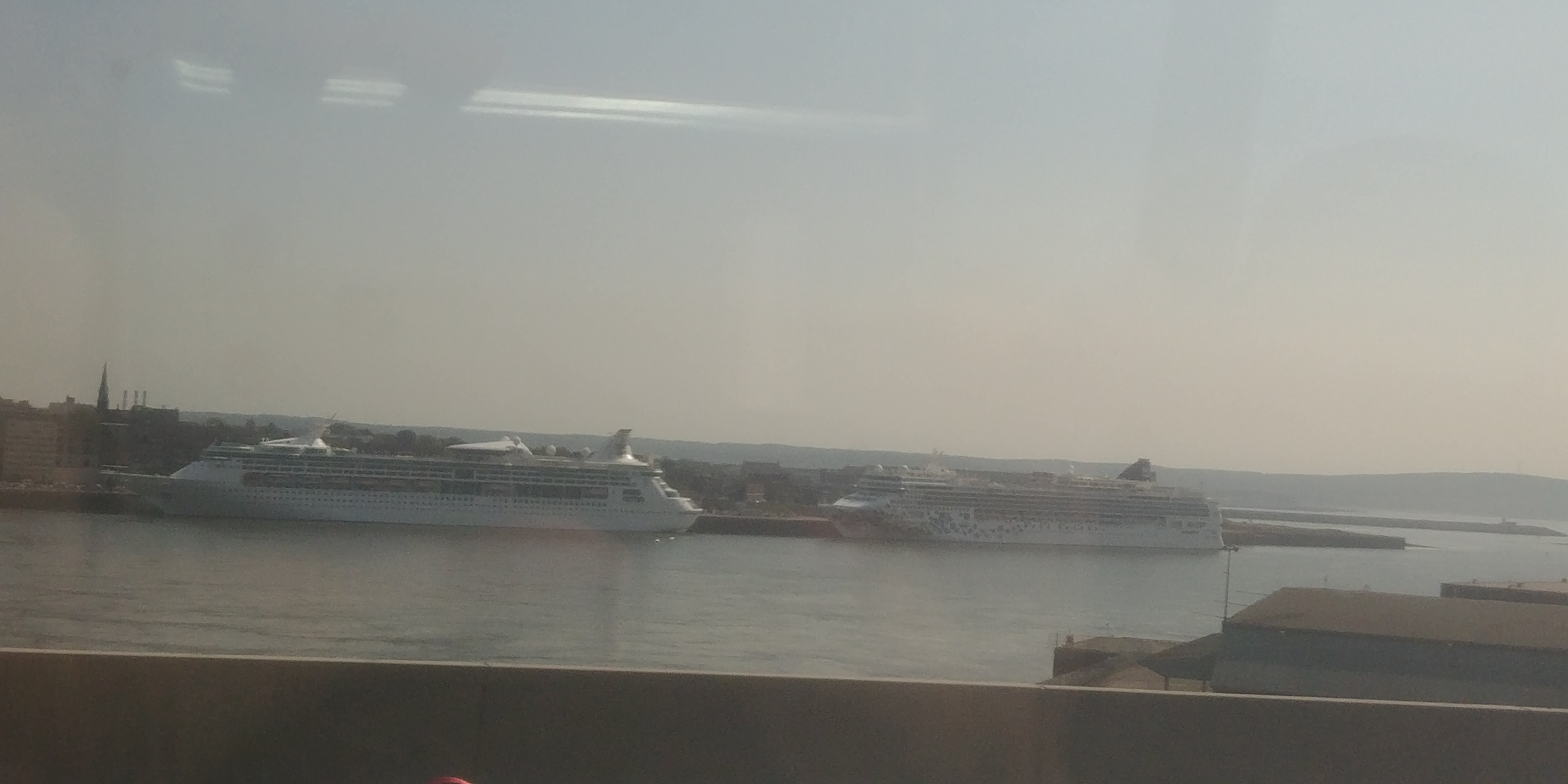 Located right outside of the city is Wolastoq Park, which over looks the St. John River. From the park you have great views of the Reversing Rapids (more on that in a later post), the city, and the harbor. Wolastoq Park has ample areas for picnicing and is filled with statues of figures important to St. John’s history. 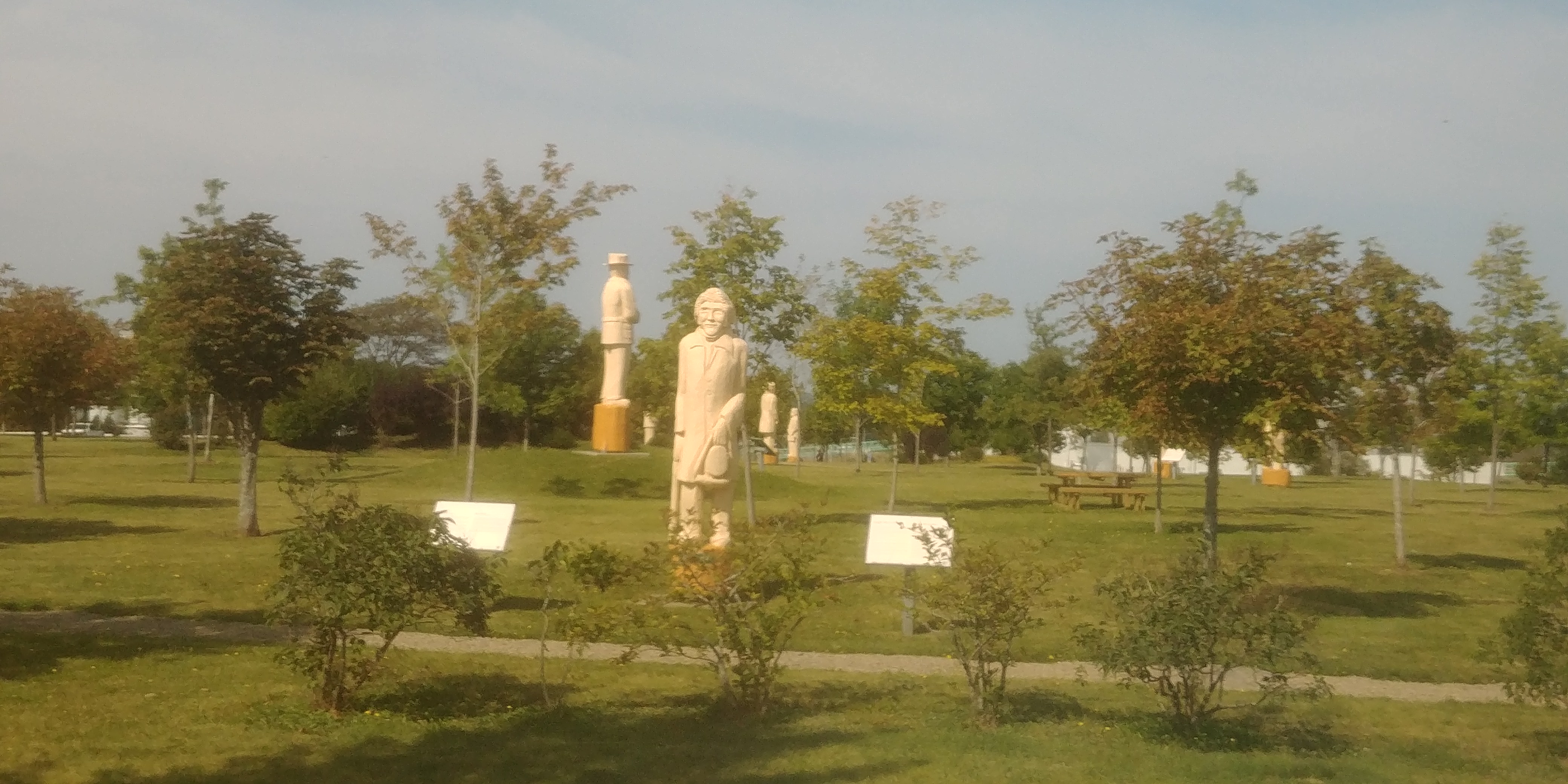 Another stop on our trip was the City Market. It is located right in downtown and, since it is a block long, features a wide variety of food vendors as well as some booths selling other items. It is actually the oldest continuing farmers market in Canada. We stopped for lunch and got a snack for later. Since I was there during Canada’s 150th anniversary, maple leaves decorated by local school children were hanging from the ceiling and the effect was beautiful. 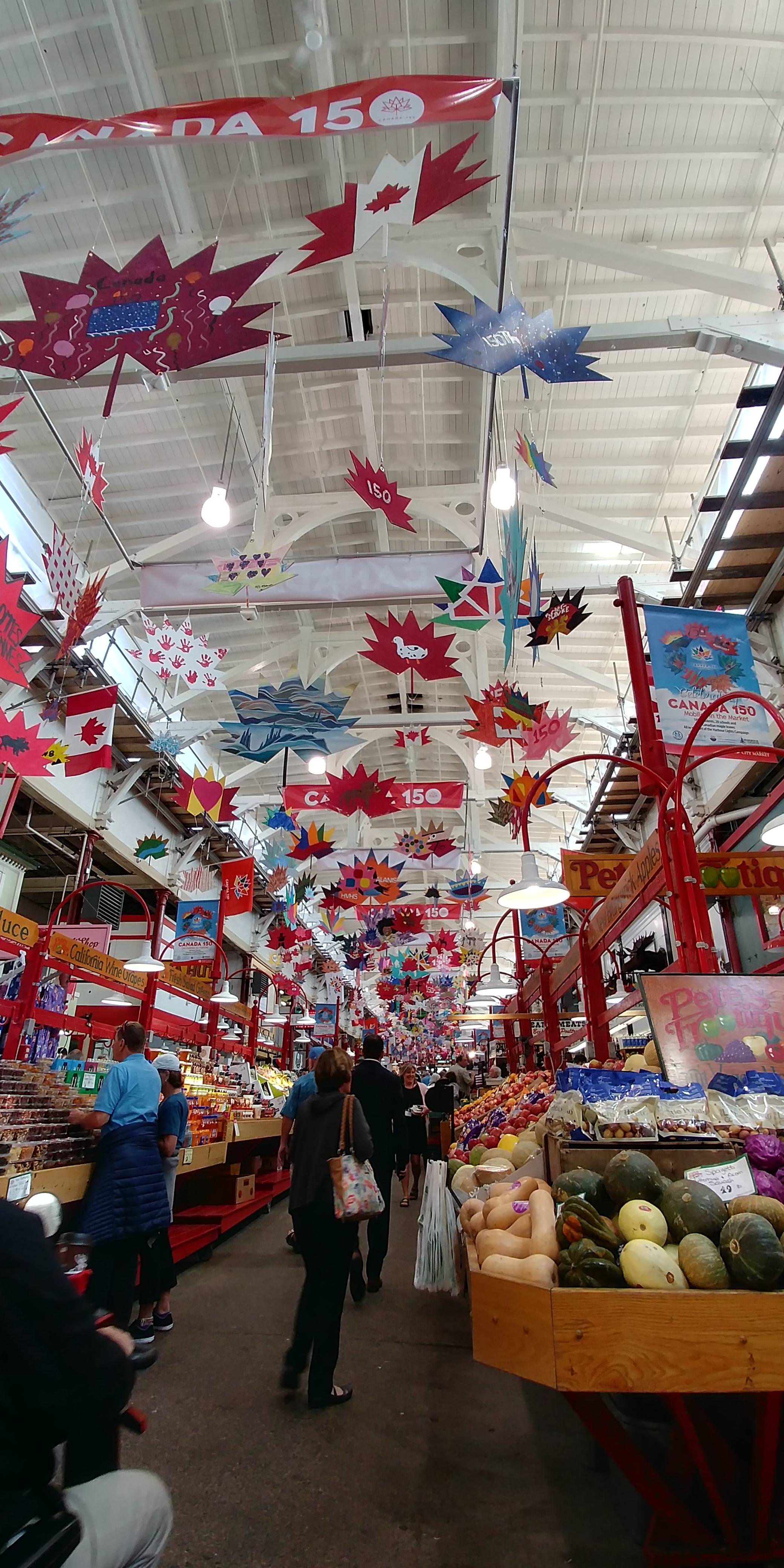 After the Market we drove up the coast to St. Martin. We were hoping for the beautiful Fall foliage, but of course it was unseasonably warm and there were more Fall colors in NJ! The drive was pretty nonetheless. 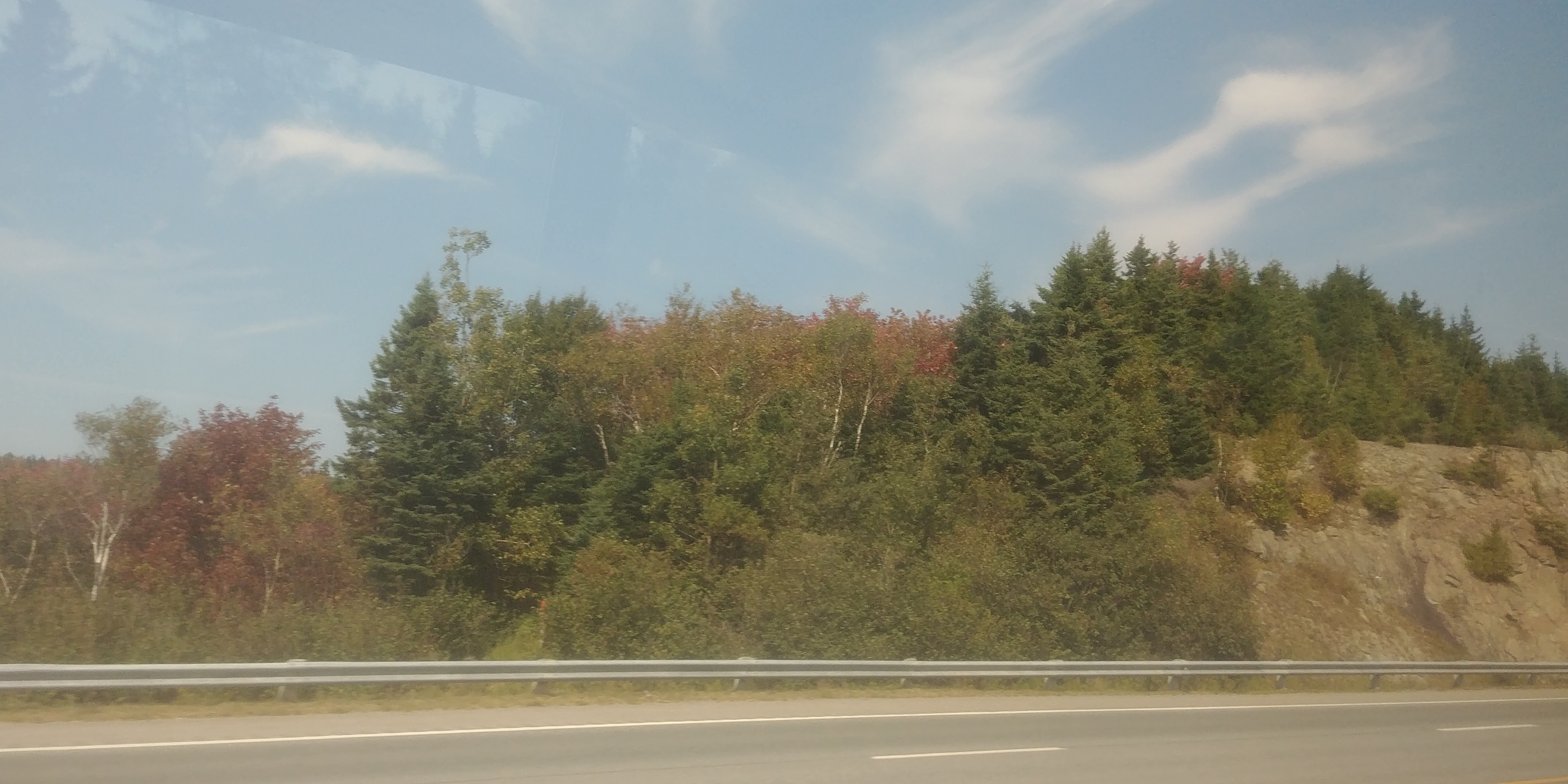 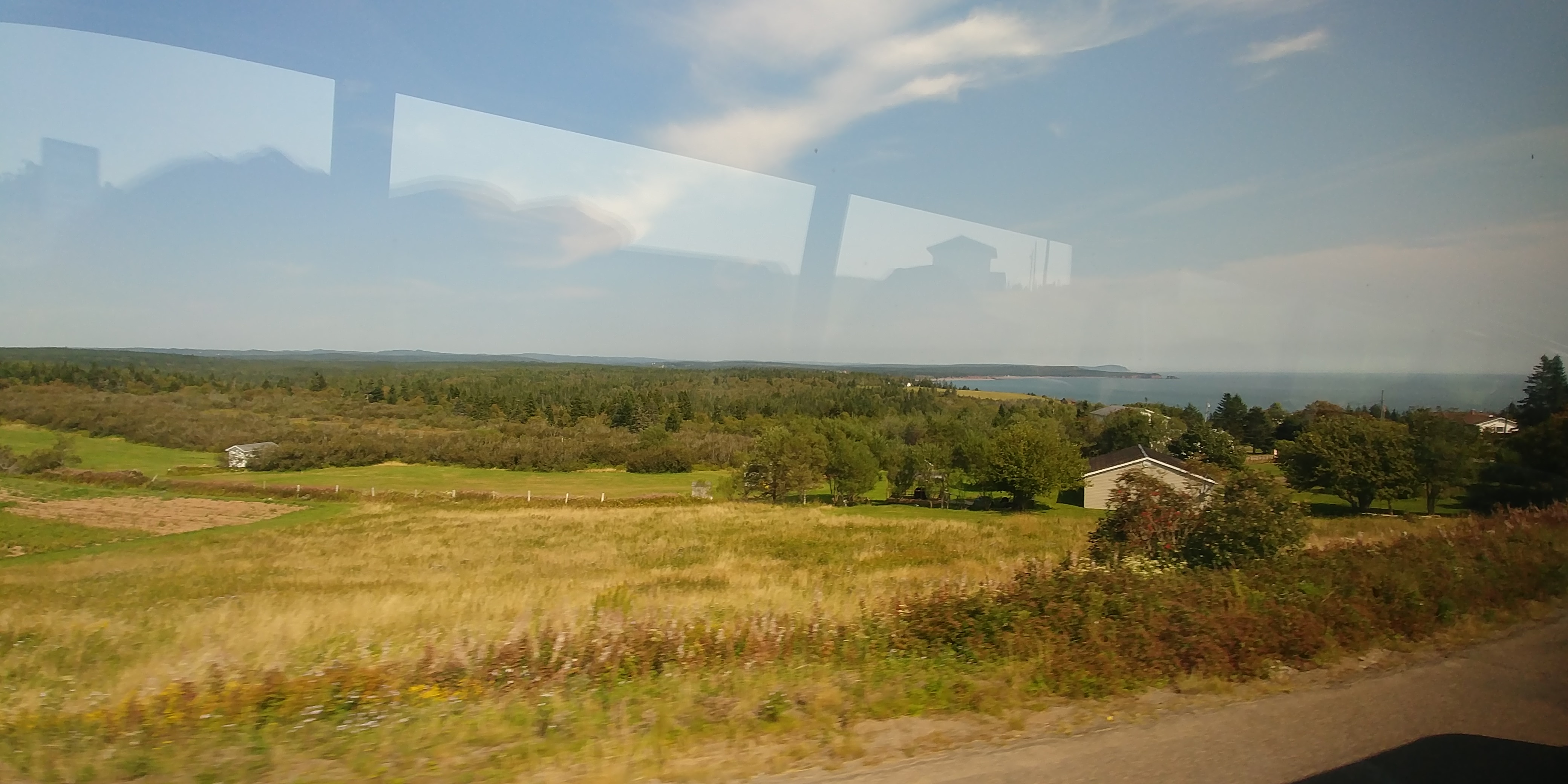 St. Martins is a very small town located along the coast and north of St. John. At the entrance to the village, there is a lighthouse that also functions as a museum and some gift shops. 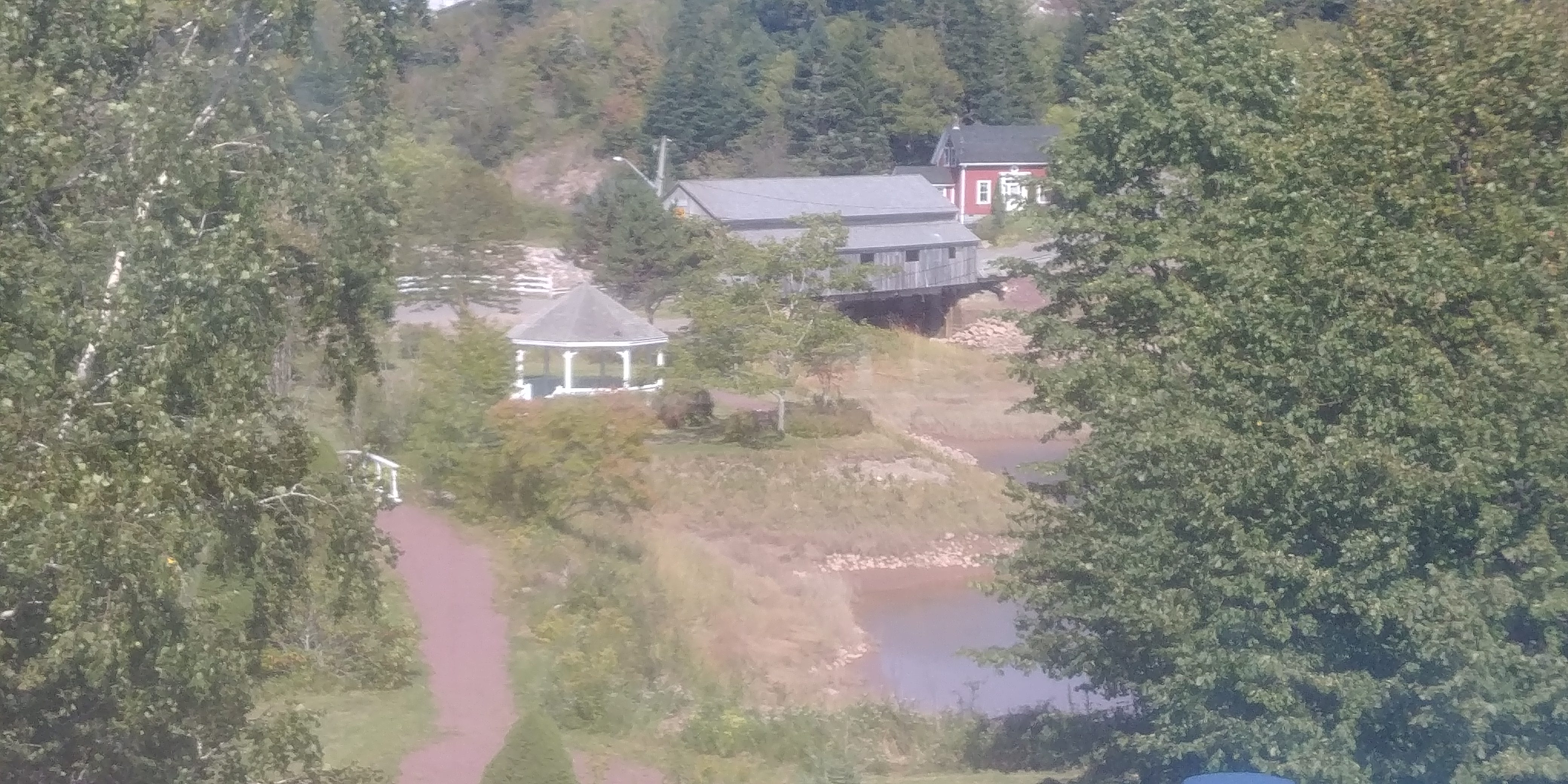 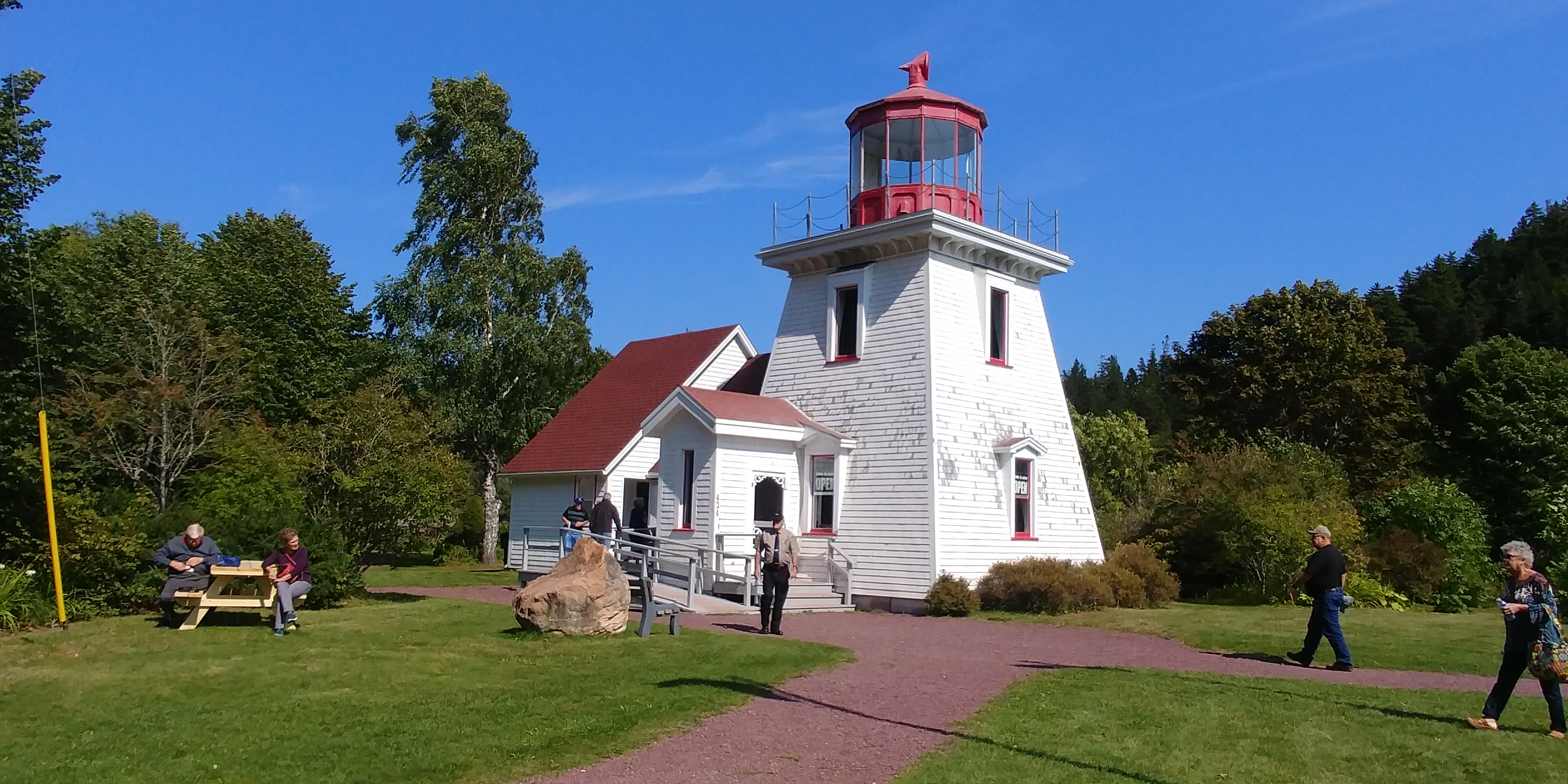 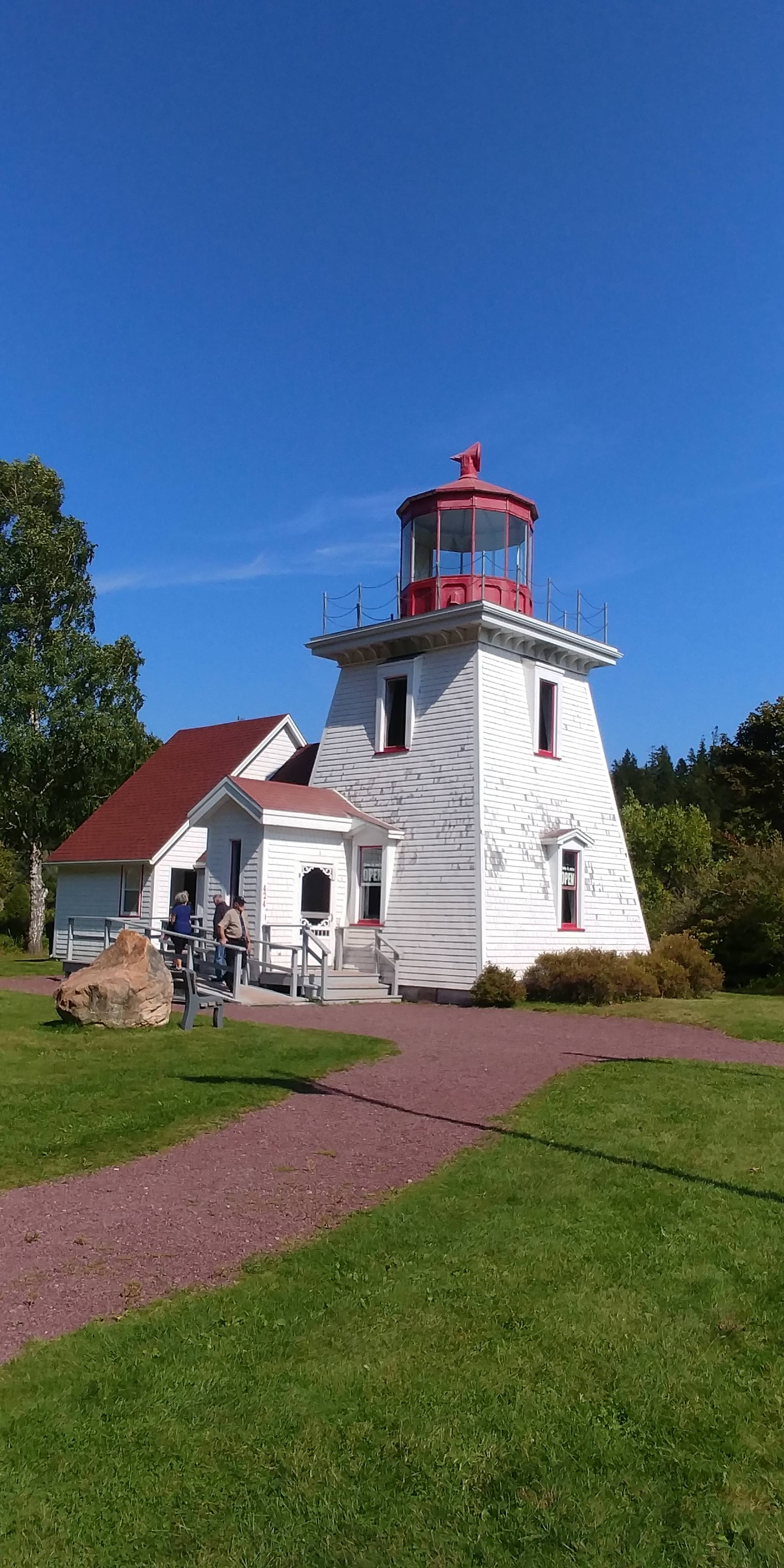 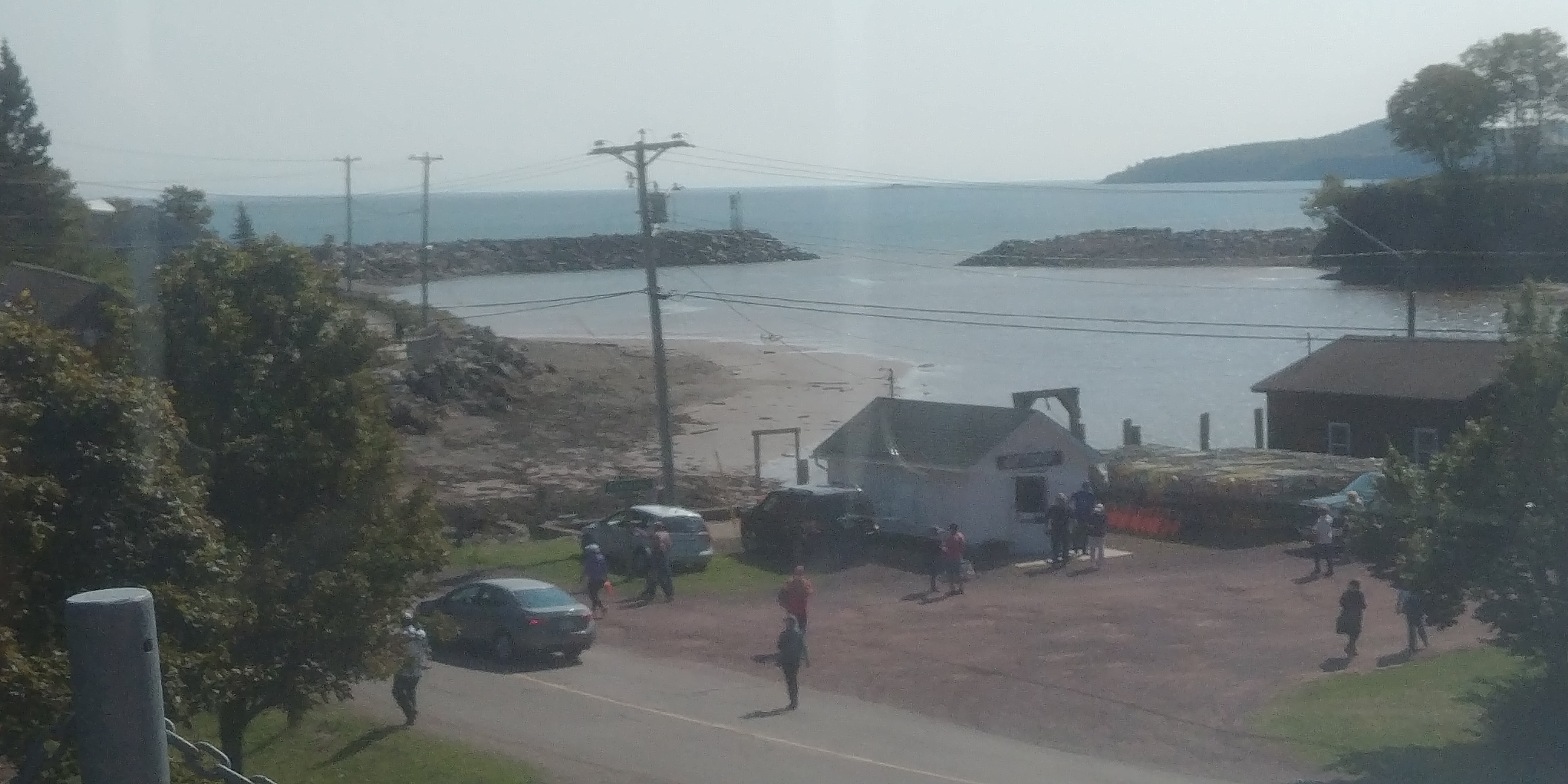 The water in the area, like the rest of the Bay of Fundy, is greatly effected by the tides. The low tide is exceptionally low–there is barely water in the rivers and there are bare spots where the bottom can be seen. During high tide, however, the water rises high enough to completely fill whatever water way you are visiting. 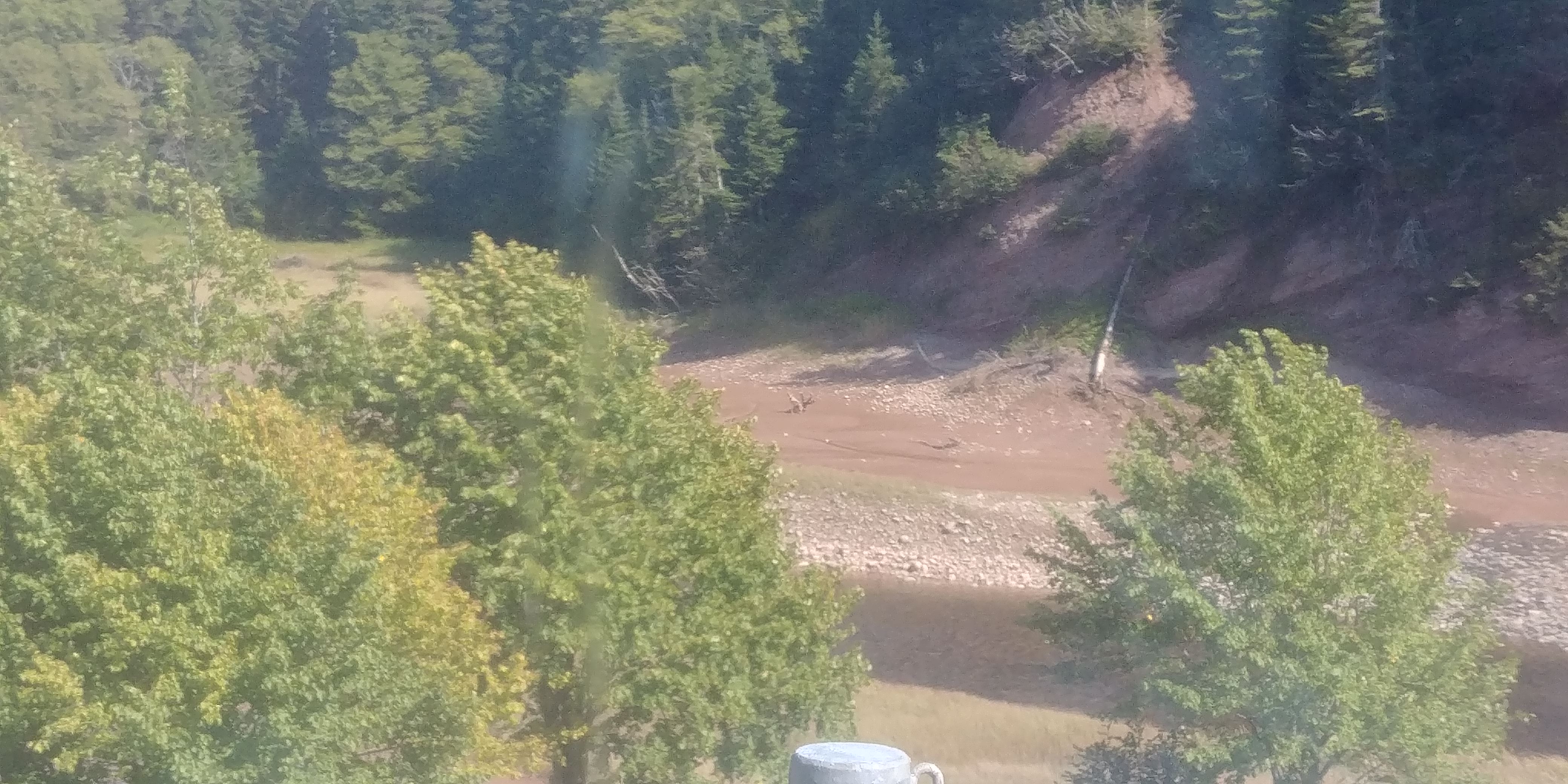 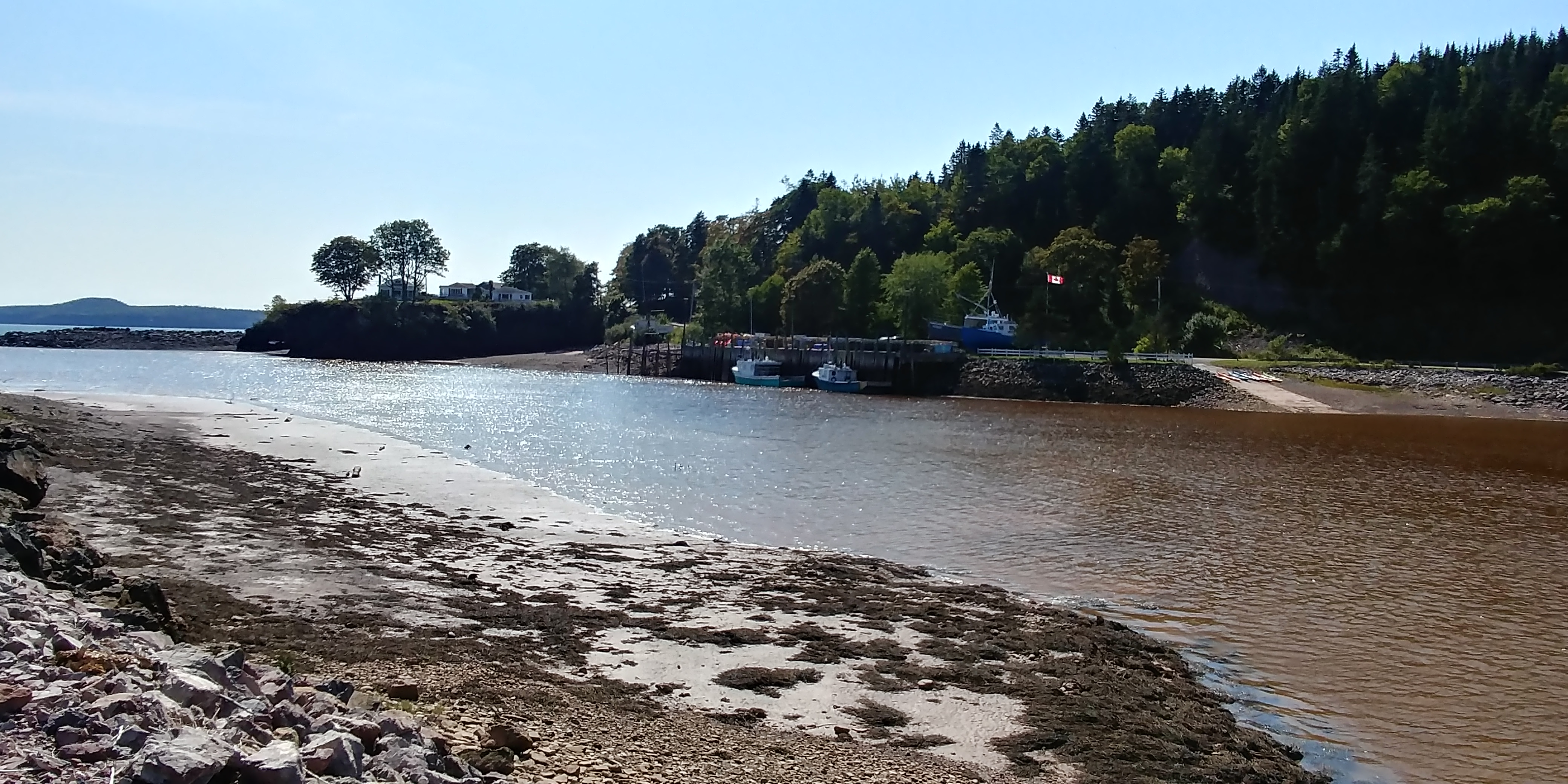 There are two covered bridges that cross the St. Johns River so you can drive past the tidal harbor to the shore. 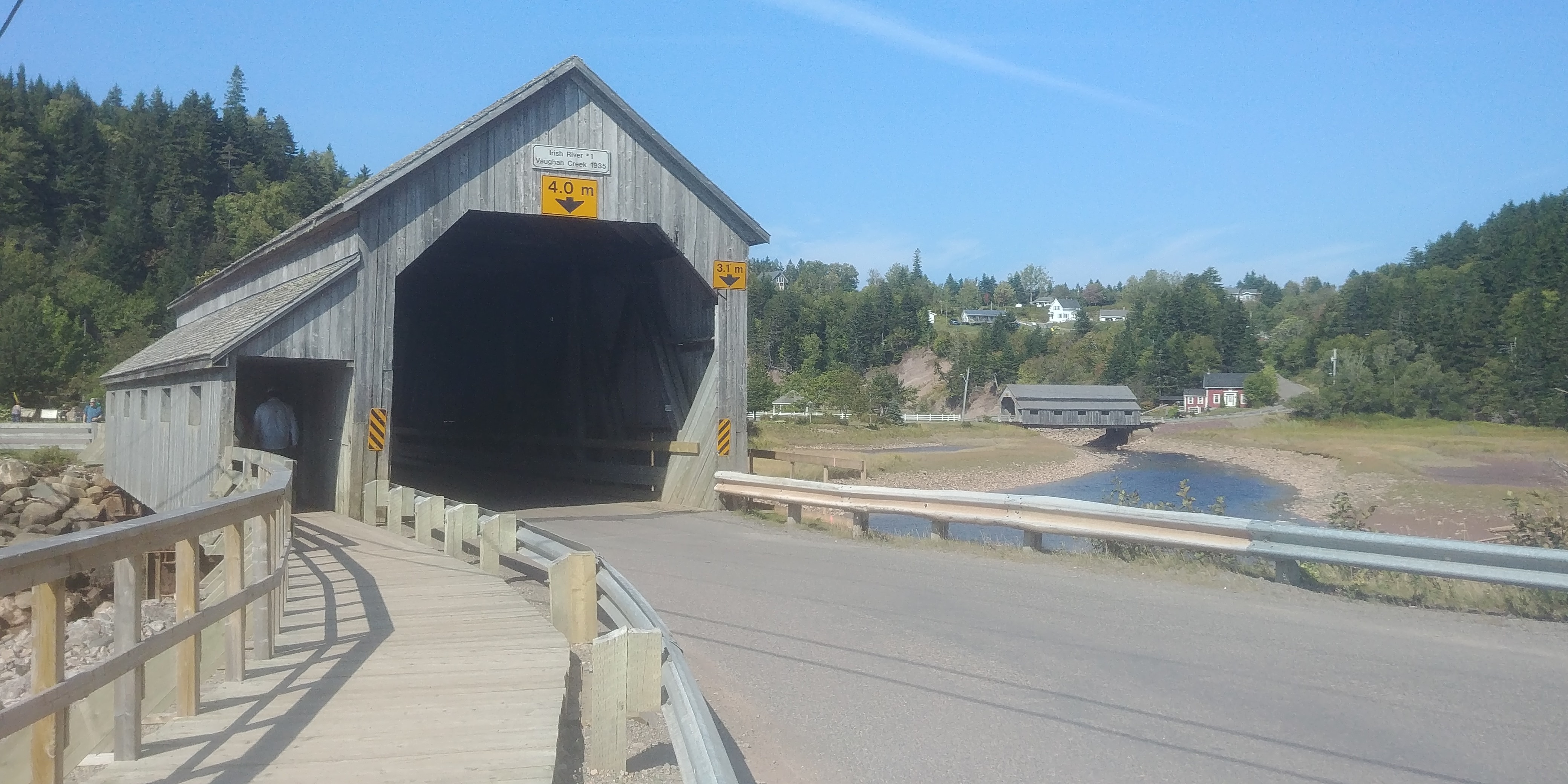 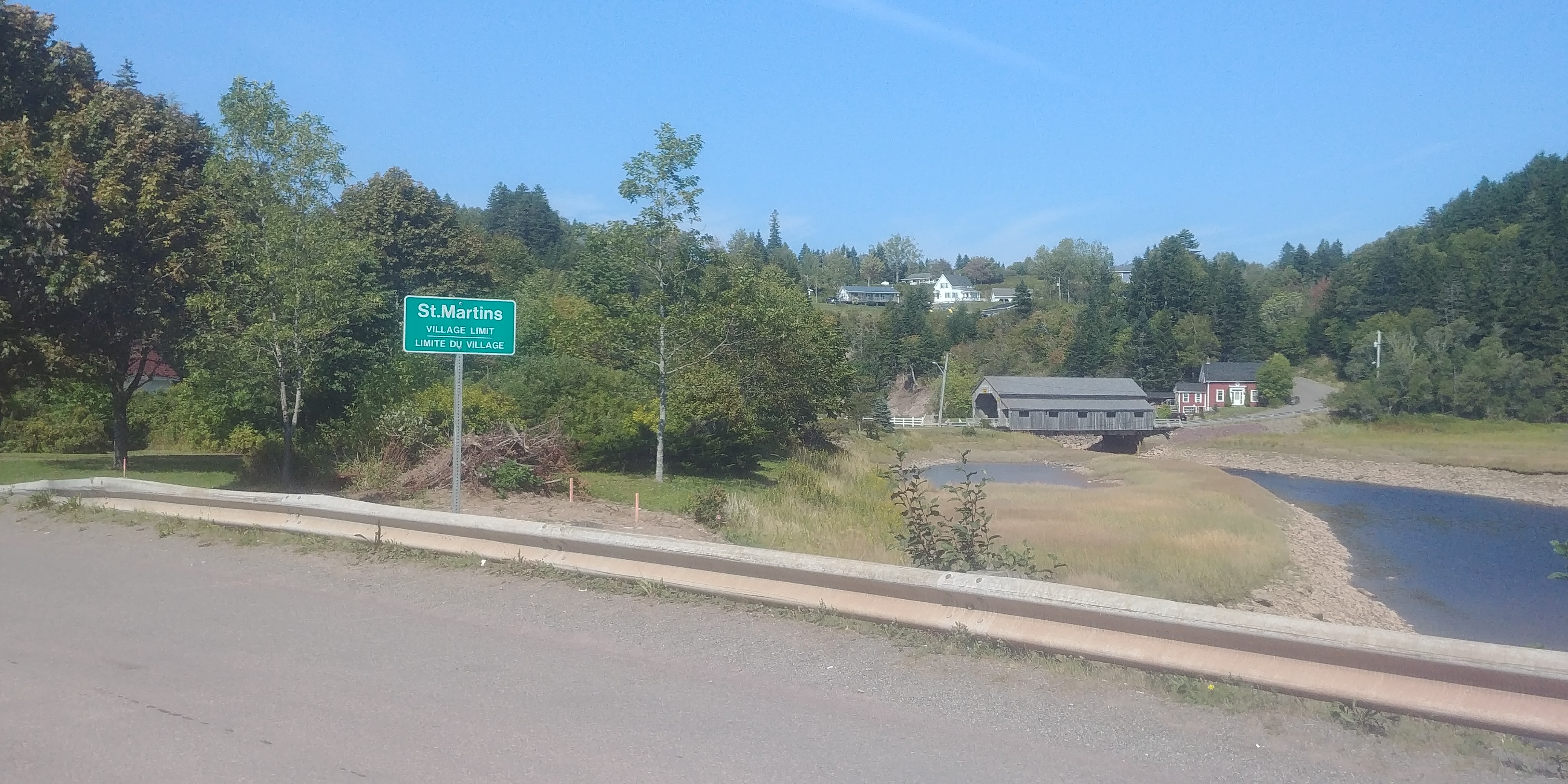 The beach is very rocky and great for walking. There is a cave that one can explore, but as the tide comes in, the water rises up to it. At high tide, the cave completely disappears. There are also two restaurants along the shore. Both have amazing chowder. 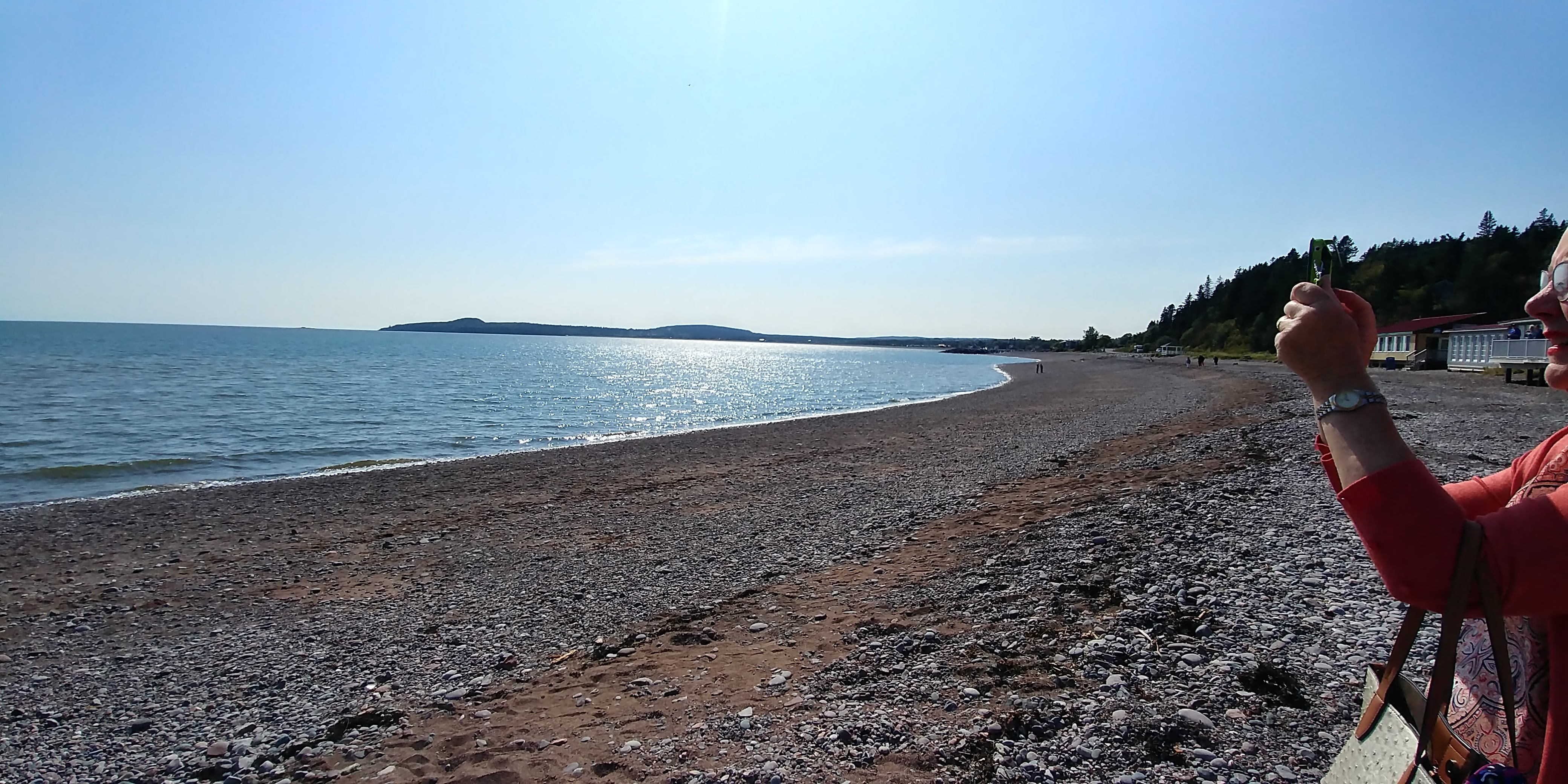 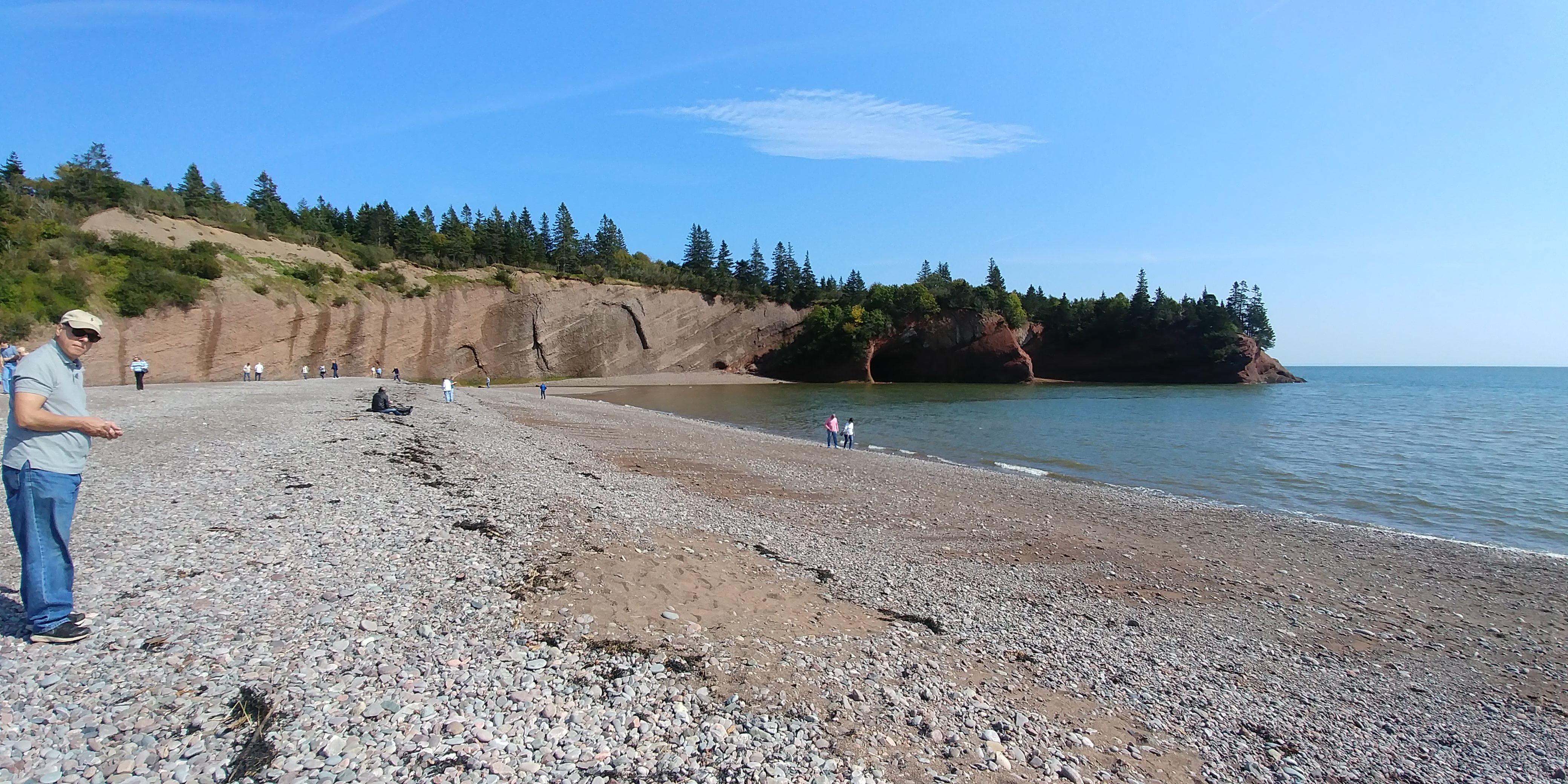 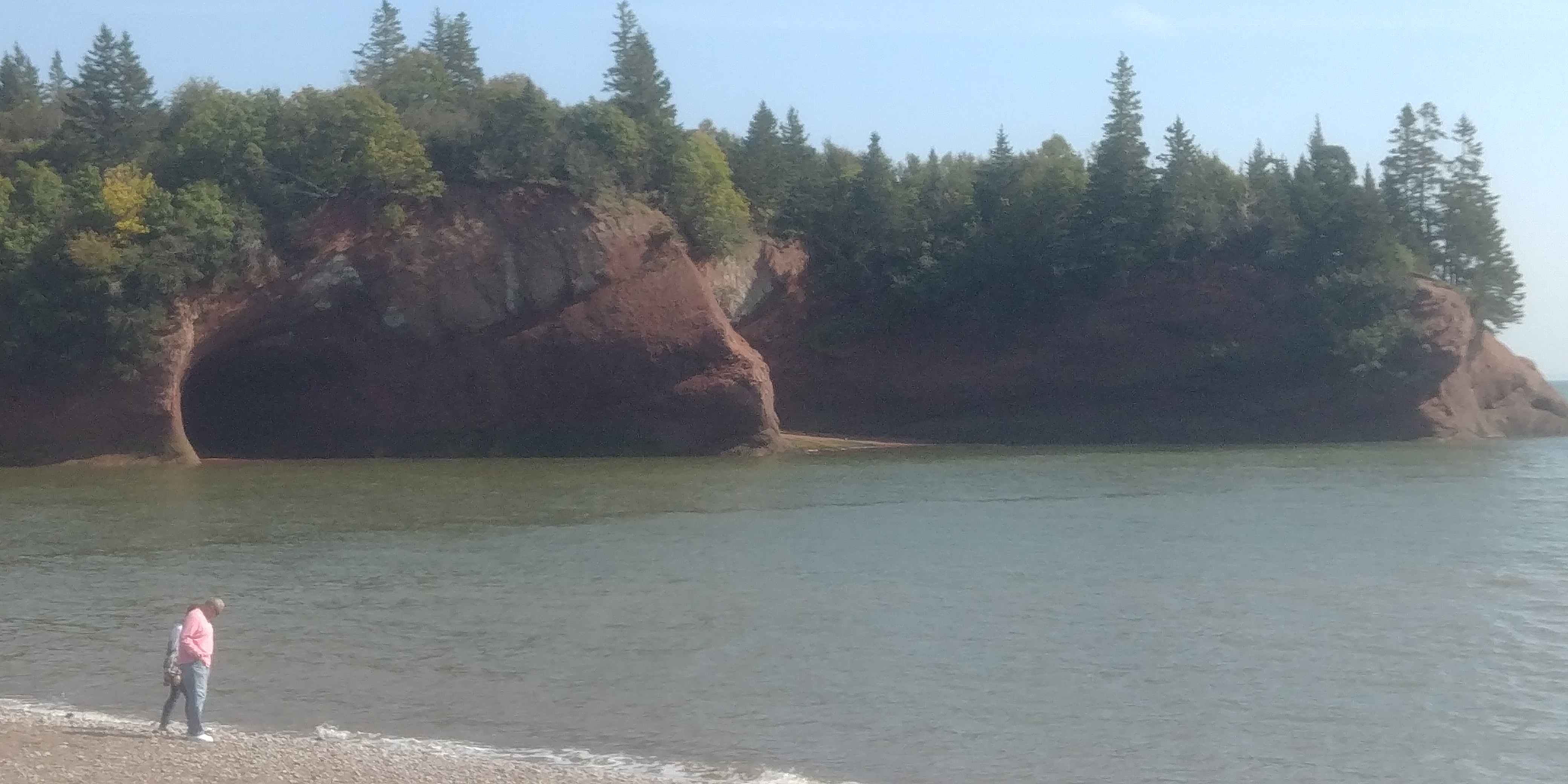 After our time at St. Martins, we went back to the Reversing Rapids to see the change with the change of the tide. Then we walked around downtown by the harbor until we decided to go back to the cruise ship. It was a great day in a wonderful area.