I took my summer vacation a little early this year and spent some time in our 50th state, Alaska. First stop? The state’s capital, Juneau. 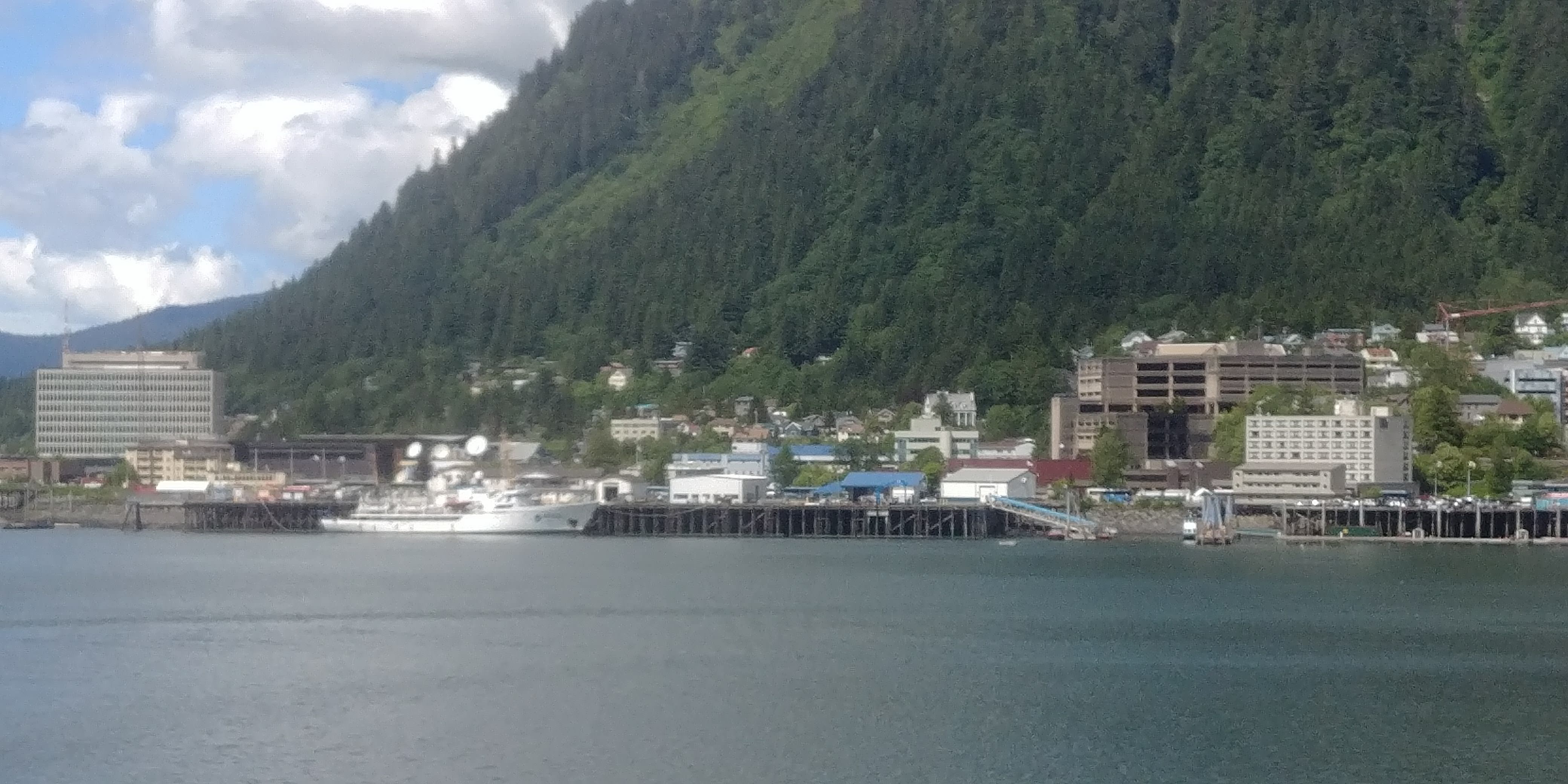 Juneau is only accessible by air or water, so I took the water route in and, like most of the capital’s visitors, arrived by cruise ship.

The view was beautiful. It was sunny, which apparently is a rarity, and the view of the city against the mountains was quite picturesque. 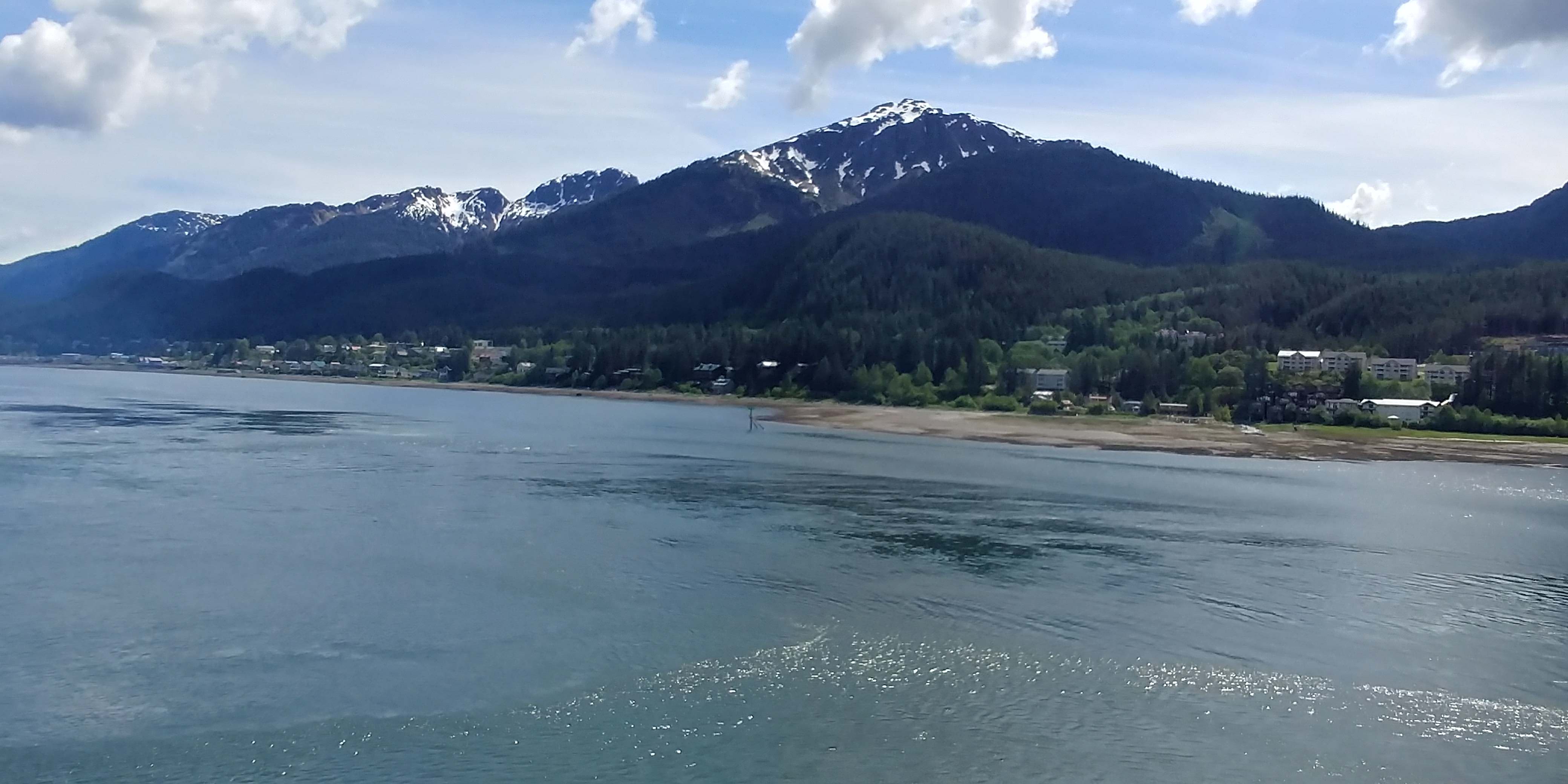 I used to watch Buying Alaska on the tv channel Destination America and I was surprised that I recognized a couple of the buildings from the Juneau episodes of the show!

Once our ship docked, we immediately disembarked for our excursion, which took us on a bus tour of Juneau and stopped at the DIPAC Macauley Salmon Hatchery, the Glacier Gardens Rainforest Adventure, and the Mendenhall Glacier.

I have to admit that I not all that excited for the hatchery, but it was actually pretty interesting. It started out with a quick talk about the goals of the hatchery, which is to ” to sustain and enhance valuable salmon resources of the State of Alaska for the economic, social, and cultural benefit of all citizens, and to promote public understanding of Alaska’s salmon resources and salmon fisheries through research, education, and tourism.” 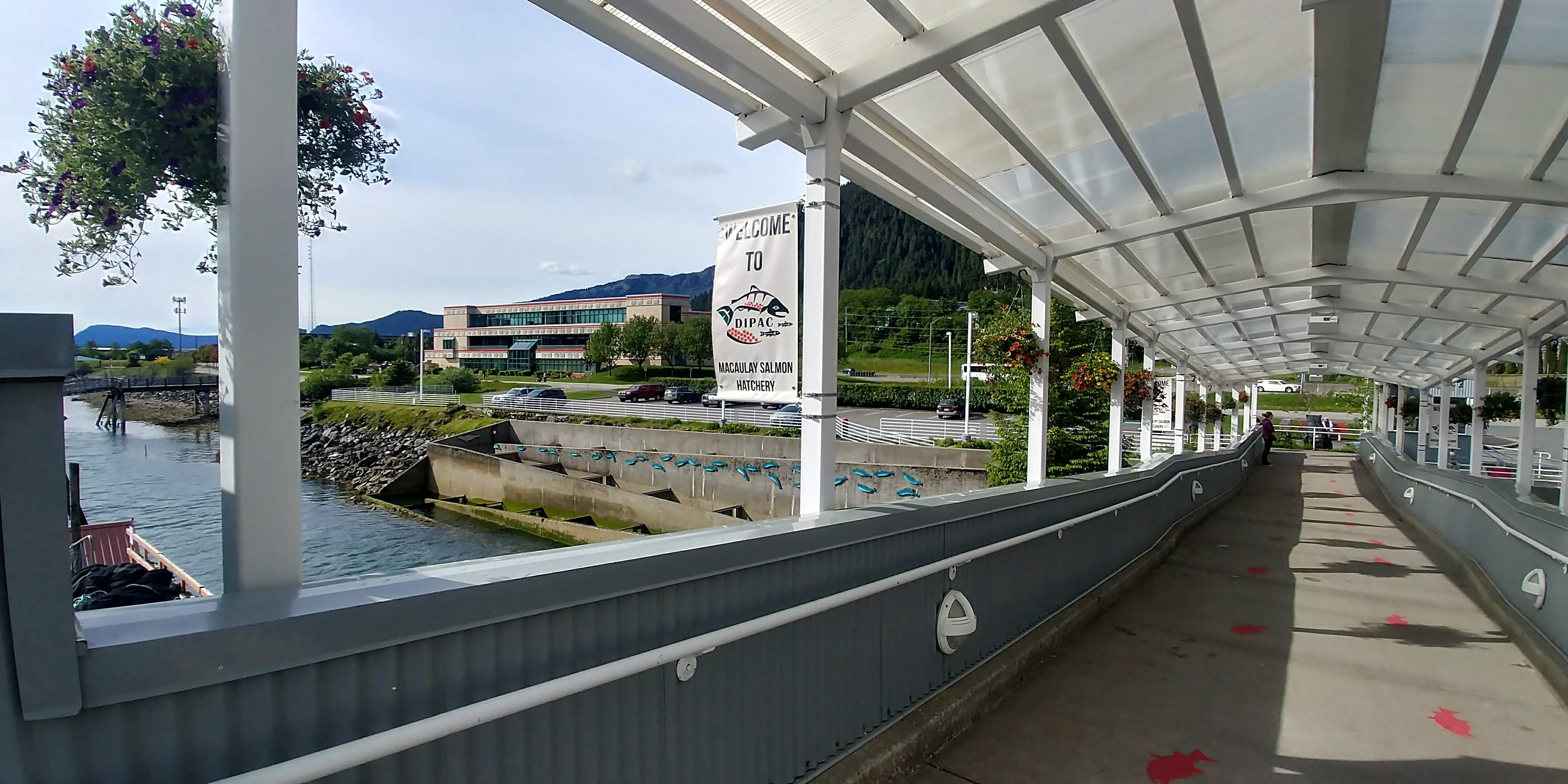 We also received a tour of the hatchery, including the sorting area and the rearing facility. We were then able to explore the facility at our own pace and explore the education exhibits, touch tanks, aquarium, and gift shop. Our trip was too early in June to see the salmon making their trip, which is a shame, but it was a nice visit nonetheless.